Giving up is the easiest thing to do, it requires minimal thought and zero effort and that is why it can seem like the easiest option when things get tough.

I felt like yesterdays off-road triathlon (X-Adventure) in Dunsborough was a good test of resilience for me, right from the start of the day I was put to the test and it didn’t seem to get any easier as the day progressed.

The night didn’t go so well, probably more to do with the nerves but I seemed to be waking up every 90 minutes thinking it was time to get up only to realise there were still hours to go. Amongst the random wake up calls was the CGM alarm going off telling me my blood sugar was low – 3.2mmol.

5am – Before I knew it, the alarm was going off and it was 5am, now the plan was to give a small dose of short-acting insulin to counteract any dawn phenomenon and nervous spikes, that way by the time the race starts the insulin would be at the tail end and should not cause havoc once the race starts.

But of course, a plan is no good if it is not flexible right????

So waking up low it would not be smart to bolus straight away because I would go even lower, instead, I waited until I had eaten my pre-race breakfast – Bulletproof coffee and AVOCADO! 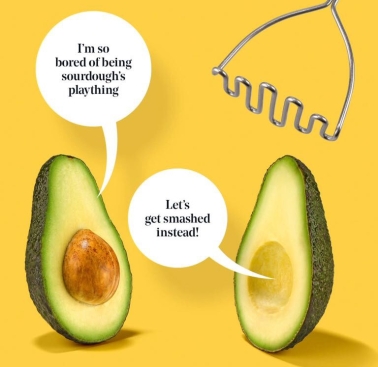 Whilst I stood in the kitchen, spoon in hand devouring the luscious green flesh and washing it down with the hot brew, my mind was recalibrating the Diabetes management plan – I would still need to bolus for it to work as my overnight insulin was due to run out at around 9am at which point if there was no other insulin on board I would more than likely skyrocket!

6:00am – Soon enough it was time to set off, race numbers on, car packed and the tight lycra tri suit showing things you wouldn’t normally show off in public, it was time to go!

We set up both transition areas with all the gear we would need for each leg of the race, clothing, footwear, bikes, nutrition, fluids, it was all there ready to roll when the time came.

By this stage, the nerves were growing but not only because of the race but also because I was still unsure of how my blood sugars were going to behave, to warm the legs up we went for a quick walk and slow jog along the beach and were greeted with a stunning sunrise mixed with some angry looking clouds making their way inland.

7:40am – With 20 minutes to go and blood sugars sitting semi-stable at 7.6mmol, I decided to go for a quick dip to get my body adjusted to the cold water, good idea but it didn’t make the water any warmer plus I started freezing my nuts off waiting on the boat ramp in the wind awaiting the start.

8:00am – Right on time, the horn went off and the race started, there were swimmers everywhere around me, limbs hitting me from every direction, my hands hitting peoples legs in front and my legs kicking people behind me, it was madness!! At one stage someone hit my CGM transmitter and I was just hoping the tape would keep it on because losing that this early in the game would be a massive hit to the plan!

It was apparent as soon as we headed for the first buoy that the swim was going to be a challenge because the swell and the wind out on the water was crazy, I am not a strong swimmer by any means and swimming in a 3m swell was not my idea of fun.

Every few strokes I would get a face full of sea water, barely managing to not ingest the sea, still surrounded by a large pack of other swimmers looking like they were struggling the same as me I was feeling ok, however because of the up and downs of the swell my swimming style swapped back and forth from freestyle to breaststroke just to manage.

Even typing this now I can feel the crazy rolling of the sea making me feel queezy.

On the stretch towards the final buoy at the northern end, the rain started and it was hard, so much so that I could no longer see the buoy or anyone around me, every time I turned my head to come up for air, my mouth was filled with both seawater and rain coming down like needles – It felt like I couldn’t keep going, I wanted to give up, multiple excuses went through my mind I would use to justify it, including diabetes.

Fuck that I was stronger than this and pushing through this insanity would make me stronger.

Nearly half of the way around the route the pack was so thin I felt like everyone was way ahead in front, then seeing runners on the beach already tested me even more. All I could think about was Bec telling me ‘Safety in numbers’ when we spoke the previous day about all the shark sightings in the area that week, now splashing around in the ocean by myself I didn’t feel the safest.

8:49am – After 49 minutes of hell in the water I was out and running through transition 1, slightly delirious and the feeling of heavy legs because of all the breaststroke in the water, my next goal awaiting me.

8:52am – Out I went onto the boggy beach sand trying to get the legs into running mode. Because of my head spinning and trying to rush through transition, I did not test my blood sugar but I felt they were ‘ok’. 10 minutes into the run I heard my CGM go off in my back pocket – “LOW 3.2” Google said.

Poo! another change in plan, whilst I ran along the beach and then into the rocks thinking about how to manage the low, it went off again this time Google said “HIGH 7.2” which I could only assume meant the cold of the ocean and possibly penetration of water gave the CGM a false low. So long as it stays at the number I will be fine.

The rocks gave me an advantage as I was able to use the strength in my leg muscle to leap and bound as well as climb, allowing me to overtake quite a few people and regaining a decent position in the race.

Off the beach and into the forest trails I felt like it was time to be able to lower the heart rate and keep a good pace, then the hills started one after the other and not just little climbs either short sharp accents which attacked your calf muscles and in the background Google was telling me over and over my blood sugar was rising slowly to the point where I had to make the decision to bolus, not the best idea during race conditions but with the intensity still ahead of me I was sure it would only continue to rise.

9:52am – Stopping at the top of yet another hill climb I wiped out my insulin and syringe drawing up half a unit of insulin injecting straight into the belly and off I went along the solid limestone path, the arches of my feet in pain from the point limestone, legs aching and heart racing – again I felt like it would be easy to just give up, I was fatigued and my mouth was dry because I missed my water at transition.

Then the view of the beach and ocean was presented to me through the bush at the top of this hill and it was a stunning view, this little positive image gave me hope I could continue on and so I did, pushing through the pain and mental challenge.

10:41am – Legs feeling like jelly I finally came through into transition 2, dumping my running gear and putting on my mountain bike shoes which were now soaked through by the earlier heavy downpour of rain.

10:45am – It was apparent as soon as I got on the bike that the legs were going to take some time to get into riding mode, my feet struggled to lock into the pedals and my legs felt like blocks of concrete – but the CGM alarm had not gone off for a good 20 minutes which meant either it was back in range or the CGM had lost signal.

Alas, as I was once again being mentally challenged to go on Google came back to life – “LOW 3.8”, ok that’s fine I can deal with that but then every 5 minutes it would reduce by .1 mmol, I could see where this was heading. My fuel source for the ride was two nice and natural seed bars with a drink bottle of water with a dissolved glucose tablet.

Over the next 20 minutes, the fuel was consumed and my legs started to switch into riding mode but the blood sugar remained at around 2.8mmol for the rest of the ride.

Once at the top of the hill some great downhill was presented in front of me, time to relax and get rid of some of the fatigue in the legs, everything about it was awesome, the flow the berms and even the rock gardens – ‘Child’s play’ was the name of the track.

A little more single track and short hills and it was into another decent, the flowy trail was called ‘Firey’s Decent’, brilliant piece of track again with great speed, flow, and technicality, this led into the final piece of the ride leg which would take me to the finish line.

Oh yeah, and Google was still telling me I was sitting at 3.2mmol but I felt great.

4 hours 13 minutes and 28 seconds since the horn blew at the start of the swim, I came through the finish line, glad to be able to stop.

After the heart rate had settled down and I was able to get some more food and water on board, I thought about all those challenging moments out there and how they brought me to the point of giving up but what kept me going was looking forward to everything to come after each point and how good it would be to experience it knowing I had fought hard both mentally and physically to get there.

Life is never an easy path and doing it managing a chronic disease with no rules is even harder!

But you know what? – Coming out on the other side of these challenging moments in life is the best feeling (even if your everything hurts as it does today) because it prepares you for overcoming the next challenge life, diabetes or you set for yourself.

Stay strong and never let this disease put limits on your life, no matter how hard it may feel at the time.

In August 2018 I will be mountain biking with my mate Richard along the Munda Biddi trail from end to end in 10 days! The trail is 1071km long and will be a huge challenge but this challenge is not for ‘fun’, we are doing it to raise $15,000 for the Telethon Type 1 Family Centre – please help us on our mission, donate and share our story.

Thanks so much for your continued support.

iThere are no comments

Begin typing your search above and press return to search. Press Esc to cancel.